Home
Products
About Us
Factory Tour
Quality Control
Contact Us

Silicones, also known as polysiloxanes, are polymers that include any synthetic compound made up of repeating units of siloxane, which is a chain of alternating silicon atoms and oxygen atoms, combined with carbon, hydrogen, and sometimes other elements. They are typically heat-resistant and either liquid or rubber-like, and are used in sealants, adhesives, lubricants, medicine, cooking utensils, and thermal and electrical insulation. Some common forms include silicone oil, silicone grease, silicone rubber, silicone resin, and silicone caulk

F. S. Kipping coined the word silicone in 1901 to describe polydiphenylsiloxane by analogy of its formula, Ph2SiO (Ph stands for phenyl, C6H5), with the formula of the ketone benzophenone, Ph2CO (his term was originally silicoketone). Kipping was well aware that polydiphenylsiloxane is polymeric whereas benzophenone is monomeric and noted that Ph2SiO and Ph2CO had very different chemistry.[2][3] The discovery of the structural differences between Kipping's molecules and the ketones means that silicone is no longer the correct term (though it remains in common usage) and that the term siloxanes is correct according to the nomenclature of modern chemistry.[4] Silicone is sometimes mistakenly referred to as silicon. The chemical element silicon is a crystalline metalloid widely used in computers and other electronic equipment. Although silicones contain silicon atoms, they also include carbon, hydrogen, oxygen, and perhaps other kinds of atoms as well, and have physical and chemical properties that are very different from elemental silicon. A true silicone group with a double bond between oxygen and silicon does not commonly exist in nature; chemists find that the silicon atom prefers to form single bonds with each of two oxygen atoms, forming a chain, rather than a double bond to a single atom. Polysiloxanes are among the many substances commonly known as "silicones". Molecules containing silicon-oxygen double bonds do exist and are called silanones but they are very reactive. Despite this, silanones are important as intermediates in gas-phase processes such as chemical vapor deposition in microelectronics production, and in the formation of ceramics by combustion

Precipitated silica, commonly known assilica, also known as hydrated silicic acid, light silica, chemical formula isgenerally written mSiO2.nH2O, the appearance of white amorphous powder highlydispersed, but also processed into pellets as a commodity. Specific gravity is2.319 ~ 2.653, melting point is 1750 ℃. Do not dissolve in water and majority acid, it willbe aggregated to fine after absorbing moisture in the air.

Most common are materials based on polydimethylsiloxane, which is derived by hydrolysis of dimethyldichlorosilane. This dichloride reacts with water as follows: n Si(CH3)2Cl2 + n H2O → [Si(CH3)2O]n + 2n HCl The polymerization typically produces linear chains capped with Si-Cl or Si-OH (silanol) groups. Under different conditions the polymer is a cyclic, not a chain.[1] For consumer applications such as caulks silyl acetates are used instead of silyl chlorides. The hydrolysis of the acetates produce the less dangerous acetic acid (the acid found in vinegar) as the reaction product of a much slower curing process. This chemistry is used in many consumer applications, such as silicone caulk and adhesives. Branches or cross-links in the polymer chain can be introduced by using organosilicone precursors with fewer alkyl groups, such as methyltrichlorosilane and methyltrimethoxysilane. Ideally, each molecule of such a compound becomes a branch point. This process can be used to produce hard silicone resins. Similarly, precursors with three methyl groups can be used to limit molecular weight, since each such molecule has only one reactive site and so forms the end of a siloxane chain. Combustion[edit] When silicone is burned in air or oxygen, it forms solid silica (silicon dioxide)(SiO2) as a white powder, char, and various gases. The readily dispersed powder is sometimes called silica fume. 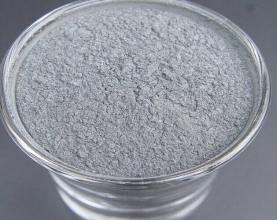 By Aluminum foil bags or as per client's request.

4. More products to Choose from: